Witch Spring 4 APK, the fourth installment in the Witch Spring game series developed by South Korean developer Kiwi Walks. Write down the events left behind in the 3rd game, set in the Urphea continent. Besides, there is the appearance of the new main character, Moccamori. After suppressing the spring war on the continent and becoming queen, she sought to conquer the remaining two continents. So this time, what will continue? Download and experience witch spring 4 now. 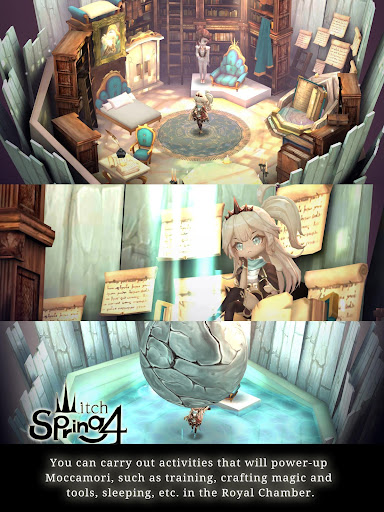 The story of Queen Moccamori

The return this time brings a whole new storyline. Owning a kingdom, the queen of the kingdom was Moccamori. He suppressed the spring war on the continent and became the king. She is also a witch who rules over the Urphean continent, a true sorceress. That’s why she possesses great power hidden in a small, normal body. That’s why he summoned his army to collect all magic on the continent to use. All tools and support items, herbs are important in the campaign.

The purpose of this is to increase her power and the army to fight the Pope’s army. In ambition to conquer the two remaining continents at Witch Spring 4. This is her greatest enemy on the way to conquer the whole world. But with the power of magic, it could make things a lot easier. Must discover and train yourself. Facing countless dangers, the enemy also responded more strongly, they despised her … Will the little queen Moccamori fulfill her dream or not? 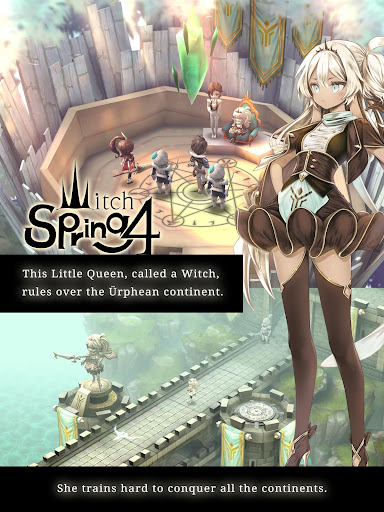 How to play the game Witch Spring 4 apk is not much different when compared to the whole series. So if the player has played before, it will be easy to get used to. The task of the player is very simple, the player will collect what you need to supplement the army. But the miracles that Moccamori wants to seek are possessed by powerful creatures.

It is difficult to obtain them, players have to increase their power in many different ways, such as training or gaining magic power. Choose between defeating or convincing in many details of the game. Open an engaging story with lots of endings based on how you play… 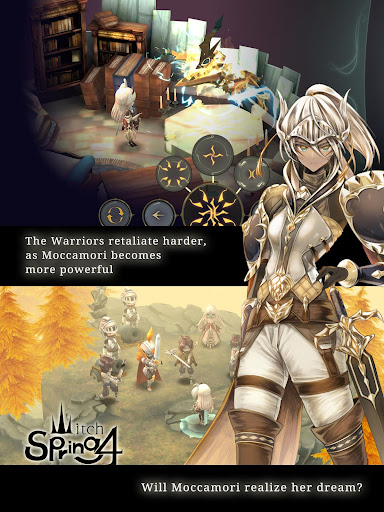 – Add more sidequests, like all games of the Witch Spring series.
– Innovation in fighting style:
+ Moccamori can learn completely new attacks.
+ Using Magic Tools instead of Magic, developing elemental magic into different forms such as bows, arrows and spears and swords.
+ Moccamori’s awakening will activate in a moment of crisis, similar to Eirudy’s Soul Stone.
+ Enemies will have a more diverse attack pattern.
– Subordinate system will replace Doll and Pet system of the previous games. They can be recruited through the main story or from side missions.
– Players can change Moccamori’s outfit in the main story.