TFT Mobile APK also known as truth arena has officially launched a mobile beta. Gather the favorite generals inherited from the legendary league in the fascinating PvP strategy battle. Choose generals, array out, fight with 7 other opponents around the world. The publisher has made certain changes to be more suitable for the mobile version. Currently you can download teamfight tactics mobile apk according to the instructions below. 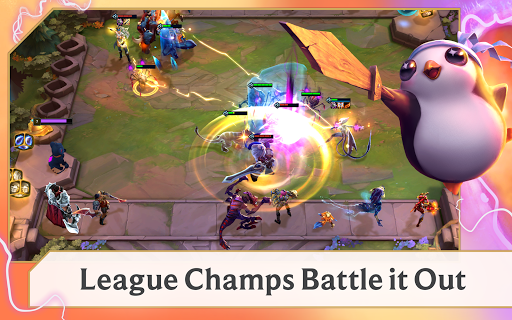 Gather an army of your favorite champions in Teamfight Tactics. Build strategic automatic army of PVP from League of Legends manufacturers. Overcome and outlast your opponent by building an invincible army. Random drafts and in-game events ensure no two TFT Mobile matches occur exactly the same. You can even change tactics even while the game is in progress. In addition, cross-platform support makes it the biggest plus. Meaning you can play with your friends and crush your enemies on PC or mobile.

There are no restrictions on TFT: Teamfight Tactics Apk. Customize beautiful summoned beasts in the game, easily get rewarded or buy from the store. Players can build tactics, deploy and upgrade. From a squad that revolves around legendary league generals in a battle for survival. Devastate with demons, bruise with the most messy enemies, or transform the battle completely. Even the item system will bring out unexpected advantages. A general who annihilates all enemy troops is no longer theoretical. Join the mobile truth arena, step into the rankings and show great skills. 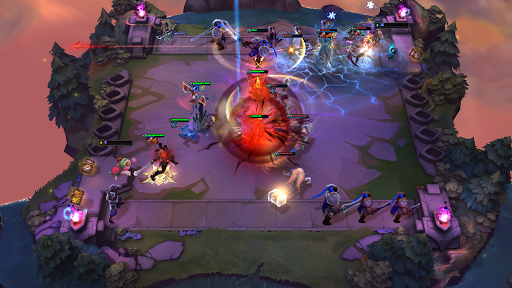 – Join PvP tactical battles around the world.
– Beautiful 3D graphics, developed and supported with the PC version.
– The system of general construction is diverse according to each clan and each system.
– Comfortable to form a squad and develop unique tactics.
– Rank competition fiercely in the ranking battle mode.
– Customizable personal style images for summoned beasts available.
– The control system is optimized, changed appropriately for the mobile version.
– Support multi-platform, easy to play with friends via PC, Android or IOS.
– Free game updates, innovative content that changes meta constantly bringing new experiences.

– Sign up account in server EUNE: here. Or server OCE: here.
– Playing with the above account does not need fake IP. Remember to choose the correct login server in the game.
– This is a beta version. Already checked the standard version.